Behind The Hat: Georgia Skelton 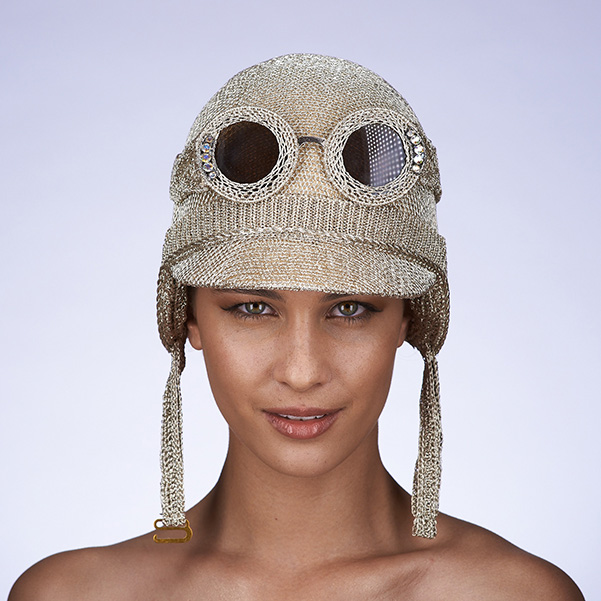 The Millinery Association of Australia Design Award for 2021 focused on the Theme - ‘ The 20’s - Past, Present, Future.’  With the judging criteria based on originality and creativity, relevance to the era, quality of work, degree of difficulty and wearability in terms of comfort and stability, milliners became very competitive as they all thought deeply about the eras of the 20s. Congratulations to Melbourne milliner and educator, Georgia Skelton who received first place with a huge cache of prizes including cash prize from MAA and courses from Hat Academy. To top it off Geogia's hat was applauded by Stephen Jones, OBE the MAA Patron and awarded the Patrons Pick.

Your winning hat, “Fantasy Flight” was based on headwear used by aviators in the 1920s, how did this concept evolve?
As soon as the theme was announced I knew I would do a 1920's inspired piece. Embroidery and beading was what initially drew me to the era but that changed after I stumbled on my fabric.

You were commended on your clever innovation with a strong sustainable approach with your choice of materials. How did you source the materials?
I was meandering Savers Thrift Shop ( a regular past time ) and an old metallic knit jumper spoke to me. I did not know what it was going to be but I knew that it was going to be something. I purchased an old pair of round sunglasses, dismantled them to use the plastic lenses.

What was your preferred component for the base of the helmet?
Once I had decided to use recycled fabric then I decided to run with the idea. The base was an old felt hat, blocked and patterned to shape. The lining was from an old skirt. All items were machine laundered prior to use. I am a passionate up-cycler and feel it belongs in fashion.

What was the biggest challenge you faced when creating this headpiece?
I had to re knit some of the jumper to make it fit and the needles required were very fine. I am just an "OK" knitter and have had several eye operations in my life, so the magnifiers were out! 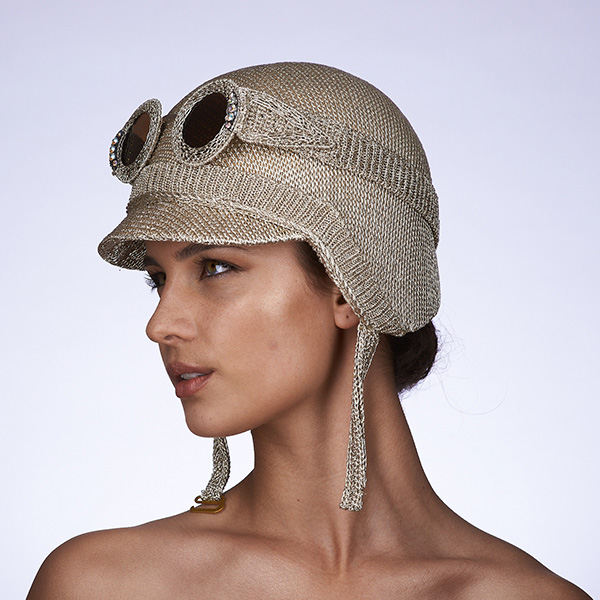 How many hours of work were required to complete this headpiece?
To be honest I did not keep track with this one. My Mother and my greatest fan, passed away just prior to commencing this piece. My creation was therapy for that time. She was with me all the way.

What is the most enjoyable factor about entering a millinery competition?
For competitions I don't think about whether the hat will sell, or if anyone else will like it. I really enjoy the freedom of that. I just do me.

What’s your best millinery tip?
A tip that was given to me by Serena Lindeman stuck with me "You don't have to afford to be your own customer".

If you could invite any milliner to tea who would it be and why?
The Late Paris Kyne. His generosity as a teacher could not be topped. He left us too young. I was just getting to know him.

» View all the 2021 Design Award entires