Behind The Hat: Angela Menz 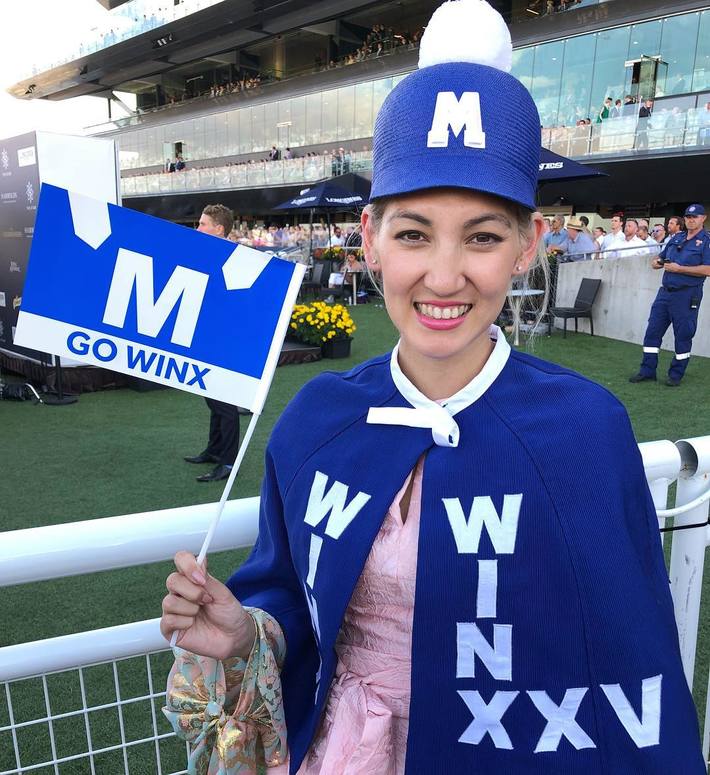 Very few milliners are given the chance to exhibit their headwear in a National Museum. Melbourne milliner and designer Angela Menz was so excited to be asked to exhibit her creation, rewarding her for her passion for Fashion on the Field.
Photos: @ontrackontrend

How did the Winx outfit idea develop?
Winx was racing at Flemington for Turnbull Stakes. My father had been wearing a Winx themed jacket he’d made and I decided I had to join in the fun by dressing up for the occasion too. I made a dress and jockey cap hat based around the jockey silks and cap worn by Hugh Bowman. My dress was royal blue with white bows on the shoulders inspired by the white epaulettes on the silks. My dress had a big M (for Magic Bloodstock) on the front just like the jockey silks too. Hugh Bowman’s jockey cap had a white pom pom on top, so I had to have one too!

Tell us about being approached by the National Sports Museum?
I had previously donated my winning National Myer FOTF outfit from 2011 to the museum so they were already aware of my work. They got in touch about a year ago to see if I was interested in loaning my Winx outfit to them. My Winx attire had expanded from one outfit into three dresses and two different hats plus accessories that had been tweaked and worn to the races following Winx’s career. The museum currently has all of my Winx items and over time they will be swapped over. Until the re-opening of the museum at the end of February 2020 I had no idea what was planned for my outfits. 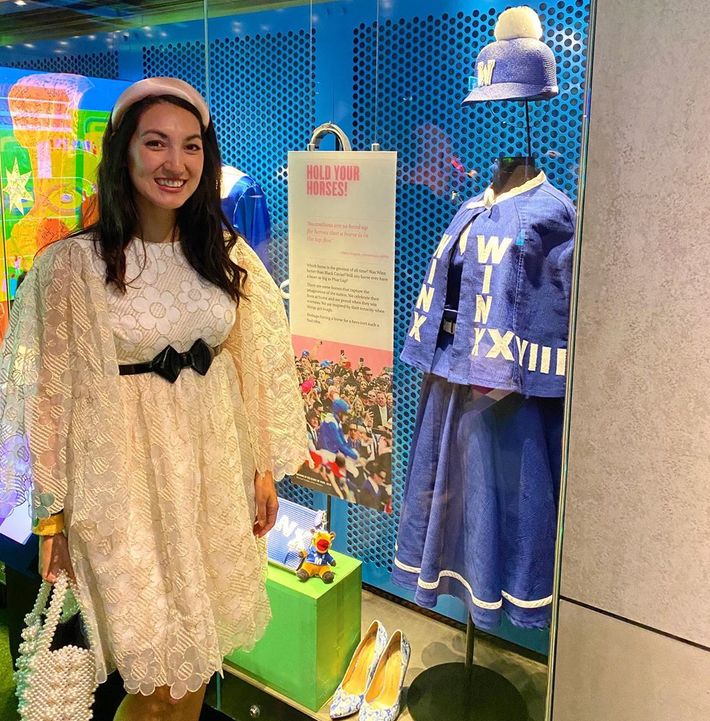 Your hat is a take on a Jockeys protective headwear, what materials have you used?
There are two Winx hats. The original one was worn in spring so it was made from a straw parisisal hood. I couldn’t find one the right colour, so I tried dying a hood myself but couldn’t get the right shade, so I ended up spray painting it royal blue. The pom pom was made from white plastic packing string and I used letter patches to finish it off.

The second Winx hat was worn in Autumn, so it was made from a blue wool felt. I wanted the look of Winx bursting through the hat, so I found a toy horse and trimmed the hat with white leather and a white wool pom pom. We admire your dressmaking skills as well. Do you create most of your outfits?
I make almost everything I wear to the races. I grew up in Canberra where my shopping options were more limited and I had a student budget, so I started making my own racewear. I’d recommend it to FOTF lovers because you’ll never have to worry about someone else having the same outfit as you. Plus, for me I enjoy the process of designing and making an outfit. Even if you aren’t confident to create an outfit from scratch you can always start by customising elements of an outfit to put your own personal spin on things. 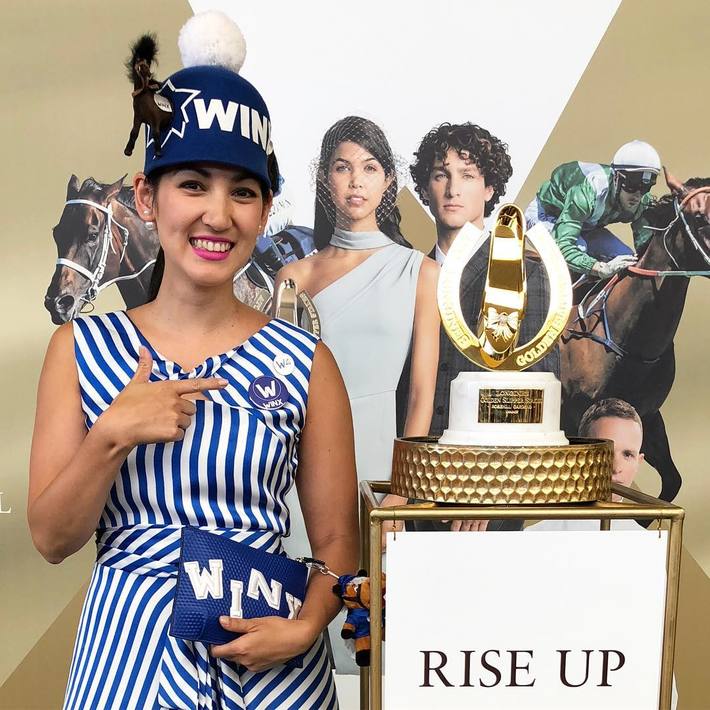 What are you designing currently?
It’s just started getting quite cold in Melbourne, so I’ve been sewing flat pattern hats to keep my head warm when I go walking. I’ve also got a half made jacket which will make an appearance at the races when we are allowed to go back to the track.

Tips for FOTF entrants?
My biggest tip is to dress to please yourself. Don’t dress for what you think the judges will like, or something that you don’t feel comfortable in because you think it might win. I suggest wearing something that you love and that makes you feel happy and confident to wear and most importantly make sure you enjoy the whole raceday and don’t just concentrate on FOTF.

For more racing and FOTF fun, find Angela on @ontrackontrend