What hat block would you choose?

Hi Everyone, I have a small issue. I have a commisioned piece where the customer would like to wear the hat on the back of the head like this? 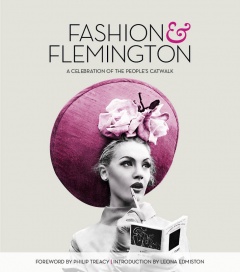 Now I do not own a brim block at all. So I was going to buy one. Someone suggested converting a wok, which in theroy was a great idea, so I chopped (or hubby did) the handle off my wok, covered in some craft felt to make smooth and blocked some sinamay on it to get a feel for how it would work, this was a disaster. So then I thought I would try some felt, this also became a disaster and the wok started to rust under the felt and it seeped through to the felt. DISASTER, rusty splotches everywhere. So that went in the bin too.

So im going to do it,.... Im buying a block. But being inexperienced (and having a stomach flu at the moment - completely exhausted) I cant seem to get my head around what one to buy?

Also, would I need a collar?

I would only assume I would also need a crown for the back, I have a button base here, do you think that would do?

And attaching, I would put a comb at the front and some elastic loops to pin through and another half comb at each side, would you do it the same? Or do you have any other suggestions....

Any help would be appreciated. Thanks so much.

I will be blocking flat felt over it too.

Kylie, as you discovered metal isn't the best to use for blocking.  It needs to be covered very well to prevent rusting.  What would work for this brim is a very large shallow, wooden fruit bowl.  What I would do for the crown is use a round or slightly oval cloche block.  Block about half way down and then trim to the correct size to sit on the crown of the head. Cut the brim to fit into the crown.  Wire where necessary, attach combs and loops to hold the hat in place.

You could try a polystyrene round lace pillow . .it has a curve ( not as big as that one) and can be pinned into.  About £16 if you dont want to invest in a block. what ever you decide to use, you will definitely need a collar to attach your crown to.

if you do opt for a wooden block, price them up and do have a look on eBay, the shape you’re looking at, will allow you to make quite a few different sizes of brims,

i.e by shortening the width of the brim from the crown to the outer edge of the brim. Also, by flipping the brim over! ( so downward facing ) also in different depths of brims

it might well turn out to be a good investment!!

I hope this has been of help! Do get back to me if I can be of further use.

Love to see the result Kylie. please share when you have finished your beautiful creation :)