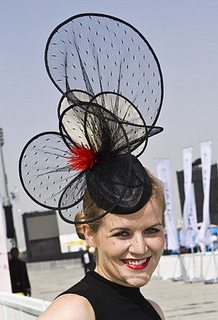 Clare Miller wore a dramatic navy sinamay sculpted Vivienne Morgan Millinery hat, with diamante crystal centre, with a Lisa Ho red asymmetric dress and her Gina diamante wedding shoes. Clare Miller: "I have an asymmetrical dress which I really wanted to wear to the DWC; the colour is rich and the dress is a favourite of mine. When speaking with VMM and discussing the design of the dress, they immediately knew what I wanted. VMM's attention to detail and the exquisite diamante detail gave the hat the added touch of glamour. The hat was a perfect match. Thank you so much to VMM for designing such a creative and striking hat which gained so many positive comments at the races. I was so excited to reach the final in two Jaguar Style Stakes categories."

Angela Beitz wore a striking black and cream Vivienne Morgan Millinery hat, constructed from wired circles of point d'esprit veiling and silk chiffon. Angela paired her hat with a classic black peplum shift dress, cream vintage clutch bag and peep toe shoes, and red nail varnish and lipstick to match the red appliqué in the hat. Angela Beitz: "I wanted to wear something that was in keeping with my style, and the hat VMM made for me was perfect. Black, cream and red is my favourite colour combination and the hat was dramatic but also very light and delicate. The wonderful thing about VMM is the way that they can find a hat to suit every individual."

Milliner Victoria Single was inspired by the elegant and timeless collections of Dior, Chanel and other fashion greats that grace the pages of Vogue. Victoria created a very ladylike, cream sinamay hat with flowers in various shades of pink at the centre, and draped with vintage dotted face veiling. Victoria teamed the hat with a 1950's style dress, of powder blue silk and chiffon covered with a layer of cream lace, that she designed and had custom made by Joury tailors in Abu Dhabi. Victoria finished the look with pink shoes and clutch bag to complement the flowers in the hat. Victoria: "The competition in the Jaguar Style Stakes was tough as there were so many beautifully-dressed women wearing fantastic hats, so I was delighted that three of the hats I created for the DWC made the finals of the Jaguar Style Stakes. It was such an honour to see my customers looking fabulous in their outfits and really enjoying a great day out. I will be back with more Vivienne Morgan Millinery hats next year." 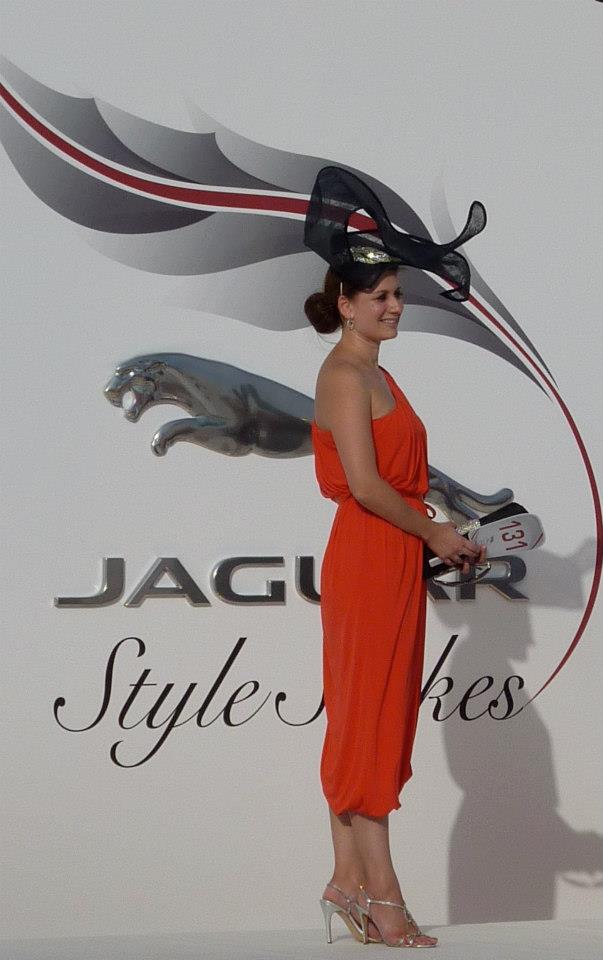 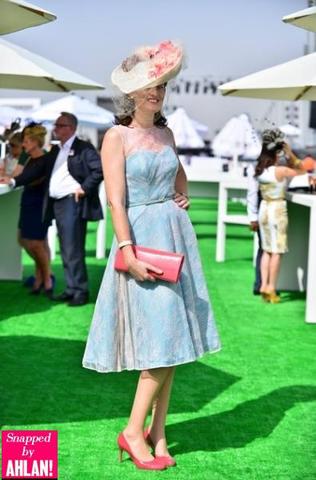 Wonderful write up Vivienne. Your styling is jumping ahead in leaps & bounds. Use this coverage in social media while it is red hot - everyone will love it.

Thanks so much for the support - it is appreciated!