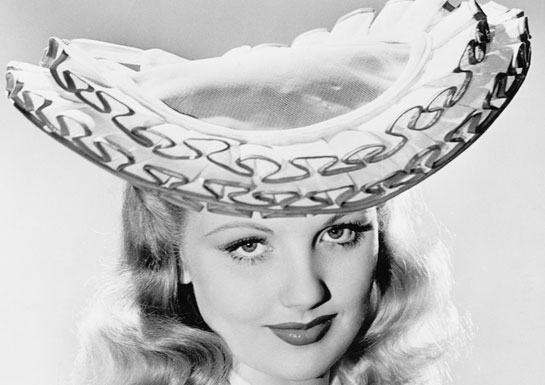 The 1930's were the "Golden Age of Hollywood" as cinema moved from silent movies to colour and sound. Amazingly this transition was taking place during the Great depression of the early 30's.

Actresses such as Claudia Colbert, Vivien Leigh, Myrna Loy and Greer Garson all appeared on screen as glamorous ladies in a world far removed from the day to day realities of the early 30's. The legacy of these old movies is a record of the fashion of that era, including hat styles.