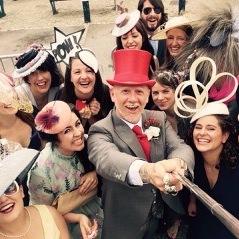 I Love Hats Because?
I have always been drawn to the three dimensional. I studied sculpture at college and loved the idea that a form could have a presence. It made its surroundings change, simply by being there. For me hats have that same presence, they have a personality of their own - as well as a wonderful extension of someones character. They can be subtle, quiet, demure, loud and over-whelming. Hats are such incredible things, from the moment you put one on, you become something else.

A Women's Institute hat making afternoon on a cold winters day was that lightbulb moment in 1991 - a day from which I've never looked back!  Now coming up to 25 years later, I love hats as much now as I did then.

Millinery is so much more than just a hat - it's sculptural, it's wearable, it goes with outfits, it extends a personality but above all it can make us feel a million dollars! That feeling is all I've ever wanted to re-create for each person that wears one of my hats whether it is HM Queen Elizabeth II or Madonna, Uma Thurman, Robert Pattinson, the actors in the films I've worked on, the theatre and costume dramas to the English Nation Opera or for models in catwalk shows, being Hat Designer Of The Year or running my own atelier.

It's all about drama, perfection, excitement, love and passion. When I look back and think over my career I have worked for Royal milliners, Frederick Rox, Philip Sommerville and Graham Smith, as well as Stephen Jones and Siggi Hats in their incredible workrooms. I value being taught at the RCA with Marie O'Regan and Shirley Hex, of winning the Karl Lagerfeld scholarship and making hats for H.M the Queen and working in Buckingham Palace.

It's wonderful to see the hand dyed Ostrich feathers on a headpiece at the opening of the London Olympic games, or the sparkle of the 'Confessions' crystal trilby for Madonna, the grade dyeing on floating feathers on a London catwalk or bug eyes for Thierry Mugler in Paris. All these are so fulfilling but mostly it's about making something brand new, making the exciting and the impossible. It is the sculpture and the excitement that makes every day making hats a truly incredible one. 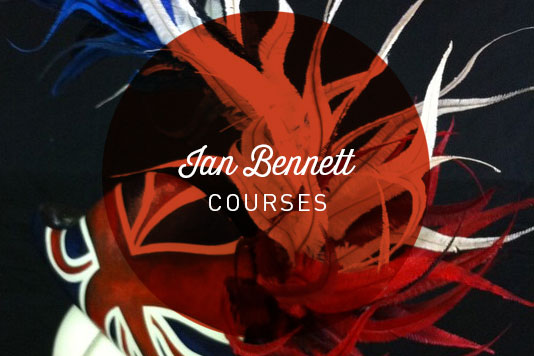