Hi, I’m in the process of choosing what tools I want to go with, electrical or traditional (Need to be heated)

I was wondering a few things about using the non electric flower making tools.

I’m aware of heating them over a small alcohol burner.  Has anyone used a small hair salon stove? 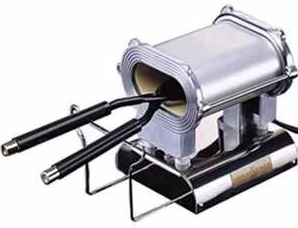 I used work as a hairdresser, and we had to learn how to straighten hair using brass combs that we heated in a tiny electric stove.  It’s not very big, maybe the size of a two slice toaster.   I was wondering if anyone used this method.

I’m think it would be an advantage to use a stove in that you don’t need a bunch of electric soldering irons going, or have to try and swap out hot tips in your iron every time you wanted to use a different tip.  I think two or three would fit in the oven at the same time, so you could have several all ready to go.

Any thoughts on this?

This is a link showing some stoves.  No affiliation, just a place that sells them.  There is a model with temperature control, which probably would be the best option.  Having used this style of stove many years ago, I don’t see why it wouldn’t work.  It heats the combs and irons to a temperature that doesn’t burn hair, so I think it would work for some fabrics.  The more expensive models with the temperature control would probably handle most anything.

These little ovens are for sale used on auctions site, too, but i don’t think there is a huge savings over just buying one brand new.

Anyhow, just looking for input before I decide if I want trad tools with a little stove, or go the electric soldering iron route.

I’m kind of learning toward traditional tools and an oven right now.  But my logic might be faulty, in that I’m assuming I’ll use four, five, or more, different tips per flower.  If only two or three are used on average, maybe just running three soldering irons would be more realistic.

I perfer soldering irons because they do not lose heat. I used the small ovens and found that the time to put them back in to get really hot again was time wasted. I make tons of flowers and generally use 1 main tip and perhaps 1 additional. I have never used 4 or more tips to create a flower.

I do batch them though. As in, now I am making roses so I make all my roses, then I switch tips out and make all my lillies, etc