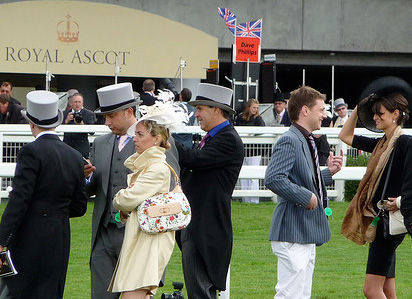 2012 was declared "The Year of the Hat" by renowned Milliner Stephen Jones. "If a woman wears a hat, she always gets served first, she always has the door held open for her. It's extraordinary."

As a full-time Milliner I make more money from hats so a return to hats is a plus for the Millinery industry. The first series of  lessons are all hat making classes. Once you have mastered these techniques you can branch out into amazing Headpieces, Hatinators and Pillboxes.

Don't get caught dressing inappropriately at Royal Ascot this year. Follow this handy guide to the dress code rules.

The" Campaign Images" by Stephen Jones gives us direction for the future as Milliners- back to an era of elegance -great news. I know the Design direction I will take for September Spring Racing season.